The Amazons were a mythical nation of warrior women, who were significant in Greek legends both for their beauty and their fearsome combat prowess. In the Epic Cycle they arrived at the gates of Troy, honouring an old agreement with the Trojan king Priam and all but turned the tide of Trojan War in the favour of their Pelasgian allies. As the campaign begins, the two Amazon queens Penthesilea and Hippolyta answer the call to war, but each uses the grand conflict to forge their own path, motivated by the sacking of their sacred city of Themiscyra by the Achaeans years prior.₋₋₋[sic]

In Amazons, you can take on the role of Hippolyta, queen of the Amazons, or her fierce warrior-queen sister Penthesilea, to carve out a new legacy for your tribes against the backdrop of the Trojan War.

Both characters welcome new and unique campaigns, as well as a diverse host of features including the first all-female Total War army roster and the first horde faction for A Total War Saga: Troy.

The two Amazon factions both have new all-female rosters which feature a variety of cavalry units. Each faction also has a selection of unique troops to bring specific strategies onto the battlefield. Penthesilea relies on fearsome two-handed axe infantry while whittling her enemies down with devastating skirmishers and finishing them off with strong cavalry charges. Her sister Hippolyta, on the other hand, braces for the defence of her land with the renowned Amazon archers, bolstered by the inspiring presence of heavier sword infantry, which also enables her horse archers to circle her foes and attack them at their weakest. 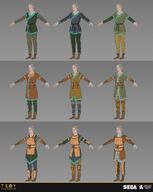 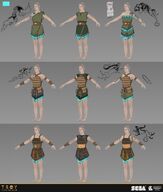 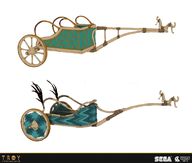