Fall of the Samurai

Fall of the Samurai is a DLC for Total War: Shogun 2.

Based on the backdrop of the Boshin War period, the new campaign starts in 1864, a time of growing resentment against Western colonial power and influence. As Japan began to modernise and industrialise, the inevitable social and economic changes led to increasingly militant nationalism and antipathy towards the Shogunate. There are three new agents: The Foreign Veteran, The Ishin Shishi, and the Shinshengumi. Geisha can also have new abilities, but cannot assassinate. The three playable clans that support the Shogunate are: The Aizu, The Jozai, and The Nagaoka. Meanwhile, the playable Imperial clans are: The Tosa, The Satsuma, and the Choshu. As well as many new clans, three western powers appear: The United States, France, and Great Britain. Part of Hokkaido is added, as well as a new look in the game (refreshed towns). Railroads make their first appearance, as they can transport yours and allied troops quickly. They can also be sabotaged. There are 39 new land units, including Gatling and Armstrong Guns (controllable in third-person), and US Marine Corps, the Royal Marines, or the Infanterie de Marine. There are 10 new ships, with the ability to recruit Ronoake-class, Warrior-class, or L'ocean-class Ironclads. Navies can attack ports and bombard an adjacent target on the campaign map that are within the navy's range. Naval bombardments are also available to you in land battles an opponent attacks you in bombardment range. However, navies can take coastal attrition from being inside an enemy port's radius. Towers can be upgraded to have archers, matchlocks, or gatling guns to defend them. There is a new multiplayer conquest map, as well as 40 new retainers, 30 new pieces of armor, and a new 19th century skill tree for your avatar. Land battles can have a mixed avatars with Shogun 2 and Rise of the Samurai troops to go against Fall of the Samurai soldiers. 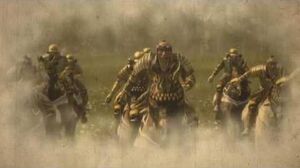 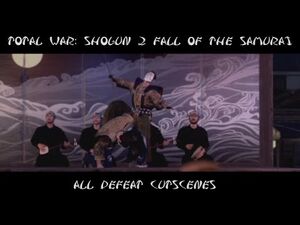