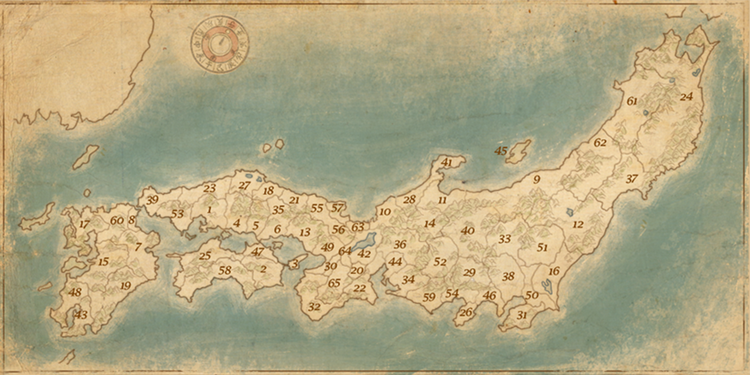 b Often listed as Kyoto.
a The encyclopedia lists Kazusa (Satomi Clan) as a province with Iron. In game this is not the case, Kazusa has no Iron. It is currently unknown whether this is a bug or last minute balance update.


The Ishida, Kobayakawa, Kuroda, Toyotomi, Utsunomiya Clans and the rebel factions (Buddist Rebels, Christian Rebels, Rebels) have no provinces at the start of the game.
(Excluding the Naval Factions Portugal (Total War: Shogun 2) and Wako Pirates)

Retrieved from "https://totalwar.fandom.com/wiki/List_of_Provinces_in_Total_War:_Shogun_2?oldid=49757"
Community content is available under CC-BY-SA unless otherwise noted.